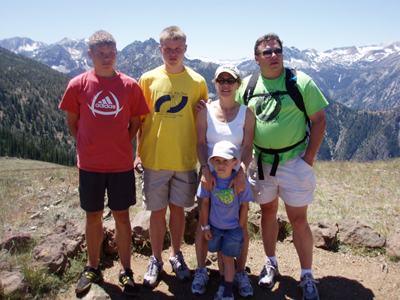 Dr. Babinski is the son of Paul and Marylou, husband to Chris, and father of Evan, Nathan and James Paul. Michael has many interests outside of dentistry. He enjoys cycling, skiing (alpine & cross country), horseback bird-dog trialing, and landscaping. He was an Anthropology major with minors in Linguistics and Biobehavioral Sciences and enjoys listening to the music of other cultures and languages. His tastes in music are far-ranging and are most charitably described as eclectic. He also has a Masters Degree in Biological Anthropology and concentrated on the area of Forensic Anthropology. He has served on the Boards of the Hospice of Southeastern Connecticut, the Colchester Business Association, and the Nutmeg German Shorthaired Pointer Club.